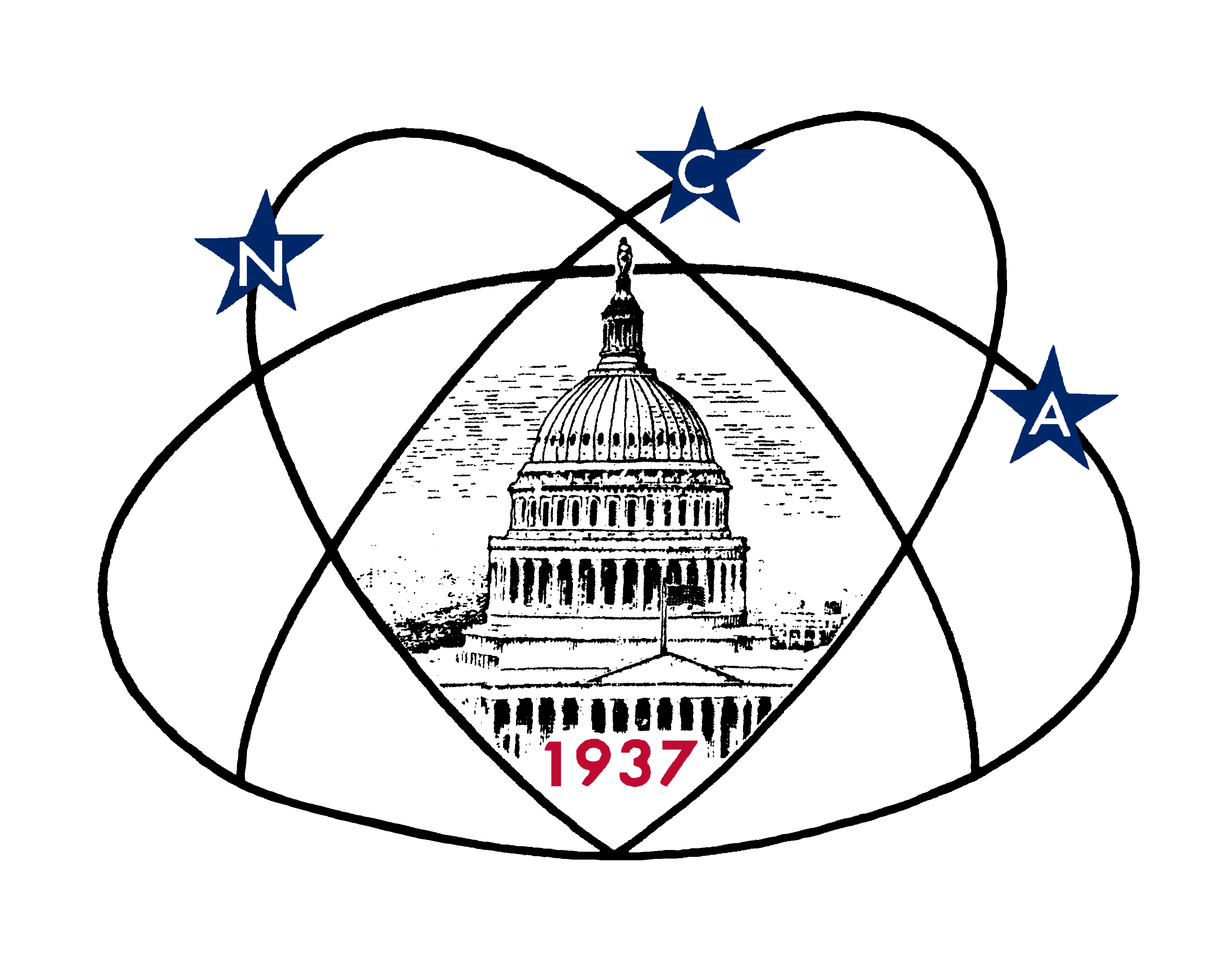 Serving science and society since 1937. The National Capital Astronomers (NCA) is a non-profit, membership supported, volunteer run, public service corporation dedicated to advancing space technology, astronomy, and related sciences through information, participation, and inspiration, via research, lectures and presentations, publications, expeditions, tours, public interpretation, and education. NCA is the astronomy affiliate of the Washington Academy of Sciences. We are also members of the Astronomical League, in fact NCA members helped form the Astronomical League a long time ago.

NCA has for many years published a monthly newsletter called Star Dust that is available for members. Besides announcement of coming NCA meetings and a calendar of monthly events Star Dust contains reviews of past meeting and articles on current astronomical events.

NCA has regular monthly meetings September through June on the second Saturday of the month. Most meetings are held at the University of Maryland Astronomical Observatory in College Park, Maryland (directions/map). For 2021-2022, the meetings will be held online via Zoom.

The meetings for this year will be VIRTUAL and not in-person.

With permission of the speakers, most meetings will be recorded. Once available the audio and video will be linked.

National Capital Astronomers will be holding its 2021-2022 meetings online via Zoom. This year, the Zoom meetings have been set up so that there is no registration required. This is the direct Zoom link, it is the same for everybody for every meeting this year (2021-22). If we have problems with Zoom bombing at a meeting, then the link will be canceled and a new one created that will require registration for subsequent meetings.
As usual, the Zoom room "doors" open at 7pm ET with the actual meeting starting on time at 7:30pm! While you do not need to sign in right at 7pm, please do not wait until 7:35pm!! And since we are not registering folks, it will be important that you have a recognizable name showing so that I can let you in from the virtual waiting room.

Finally, as last year, we will be recording the meetings.

These guidelines will be updated as needed.

Abstract: A shock wave is a discontinuous transition between supersonic and subsonic flows, characterized by an abrupt change in pressure, temperature, velocity, and density in the medium. Shock waves can arise from the nonlinear steepening of compressional waves when the steepening is balanced by some form of irreversible dissipation of energy. Nonlinear wave steepening can result when the phase speed of the parts of a wave is largest where the wave's amplitude is largest. The parts of the wave where the amplitude is large will then "out run" the parts of the wave where the amplitude is small. If the irreversible dissipation of energy is not too great, the steepening wave will reach a "gradient catastrophe" and undergo breaking (e.g., think of breaking water waves). In Earth's non-ionized atmosphere, the dissipation of the energy of a shock wave is results from collisions between the particles in the wave. Space plasmas, however, are ionized gases, where long-range electrostatic forces produce non-local collective behavior. Space plasmas are often only weakly collisional - often even essentially collisionless - which led to the question of whether shocks could exist in such plasmas. Yet spacecraft have been observing phenomena that appear to be magnetized shocks since the 1960s, despite the fact that the peak amplitudes of these shocks cannot be controlled by collisions. This led to the concept of a collisionless shock wave. Collisionless shocks are ubiquitous phenomena in astrophysical plasmas in the form of bow shocks upstream of magnetized planetary bodies (and upstream of unmagnetized objects like comets and Venus), interplanetary shocks, supernova blast waves, and stellar astrospheres. Despite their ubiquity, there are still numerous poorly understood processes associated with collisionless shocks. We will focus on one topic that is of particular interest, the energizing of charged particles within the plasma, because collisionless shocks are thought to generate some of the most energetic particles in the universe. We will discuss some of the known and observed mechanisms by which collisionless shocks energize particles, and will discuss unknowns that motivate present and planned research.

Bio:Lynn B. Wilson III graduated from St. John's University in 2005 with a BA in physics and went on to the University of Minnesota to work with Cynthia Cattell. He defended his dissertation entitled, "The microphysics of collisionless shocks," in September 2010 and started working at NASA Goddard Space Flight Center about a week later, where he's been ever since. His graduate work primarily used data from the Wind spacecraft, so he was chosen as the deputy project scientist for Wind, by the then project scientist Adam Szabo, in 2012. He took over as the Wind project scientist in July 2016 and continues in this role today. He was recently (Feb. 2021) selected as the mission scientist for the upcoming SunRISE mission. He was awarded the NASA Exceptional Scientific Achievement Medal "For exceptional scientific discoveries in collisionless shock physics and the kinetic physics of space plasmas" in 2019. His work has focused on multiple topics: from collisionless shocks to radiation belt dynamics to interstellar and interplanetary dust. He is an active participant in the American Physical Society and American Geophysical Union. He is a team leader for an International Space Science Institute (ISSI) collaboration on collisionless shocks, and a Focus Group leader on collisionless shocks for Geospace Environment Modeling (GEM) community.

Telescope-making and mirror-making classes with Guy Brandenburg at the Chevy Chase Community Center, at the intersection of  McKinley Street and Connecticut Avenue, NW, a few blocks inside the DC boundary, on the northeast corner of the intersection, in the basement  (wood shop), on Tuesdays & Fridays, from 6:30 to 9:30 PM. For information visit Guy's Website  To contact Guy, use this phone #: 202-262-4274 or Email Guy.

Come See the Stars at Exploring the Sky 2021!

Exploring the Sky is an informal program that for over sixty years has offered monthly opportunities for anyone in the Washington area to see the stars and planets through telescopes from a location within the District of Columbia.
Sessions are held in Rock Creek Park once each month on a Saturday night from April through November, starting shortly after sunset. We meet in the field just south of the intersection of Military and Glover Roads NW, near the Nature Center. A parking lot is located next to the field.
Beginners (including children) and experienced stargazers are all welcome-and it's free!
Questions? Call the Nature center at (202) 895-6070 or check: Exploring the Sky @ Rock Creek. !

Exploring the Sky 2020 Status: Because of the ongoing pandemic, EtS sessions have been canceled for the remainder of the year. Please check back in Spring 2021.

Exploring the Sky is a presentation of the National Park Service and National Capital Astronomers.

For NCA information by E-mail or phone